The Black and Brown Redistricting Alliance 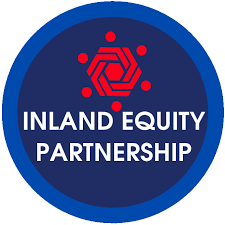 The focus is to show representation from the Inland Valley through public comments and recommendations on how the district maps are drawn based on the results of the census. The goal of the alliance is to remain non-partisan, but activists from Hemet, Chino, Coachella Valley, Morongo Valley, Adelanto, etc.. are welcome to participate. We had breakout sessions facilitated by James, Maribel and Ana. The immediate goal is to develop the best approach to mapping using either Assembly Districts or geographic maps.

For the smaller breakout sessions, we temporarily agreed with a geographic approach, but it has not been determined by the larger group. An interesting fact is that the Census did not have a category for Latinos/Hispanics, so they are grouped in with Whites. I mentioned that the Trump administration probably did this deliberately and that it was designed to suppress Latino representation. But since we know this, I’m hoping we come up with talking points to reflect that Latinos are part of this larger group, and we are just as interested in fair representation for funding for our schools, infrastructure, water, climate, government officials, etc. as every other racial/ethnic group.

Redistricting is incredibly important, given that it only occurs once a decade and shapes funding as well as elections. We welcome our members to get involved in the process of advocating for their needs through redistricting maps.